The ENSCO Board of Director members, who are rich with advanced education and experience in the fields of science, technology and engineering, provide the company with leadership and guidance. 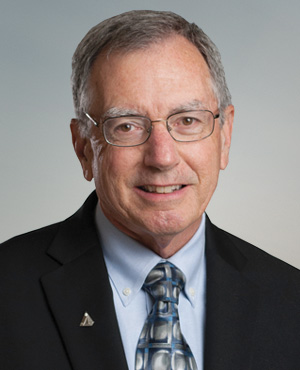 Chairman of the Board
Former ENSCO President and Chief Executive Officer

Gregory Young is the former President and CEO of ENSCO, Inc., where he served for more than 30 years. Prior to joining ENSCO, he held numerous scientific, engineering and leadership positions at the CIA and in the Air Force, including the Air Force Office of Scientific Research, the Air Force Technical Applications Center, and the Space and Missile Test Center. He has published numerous technical papers and government reports. Mr. Young chaired the 40-plus member Dean's Leadership Council for the College of Science at Purdue University and the Research and Academic Committee at George Washington University. He was twice nominated for the High Tech Entrepreneur of the Year award by the Northern Virginia Technology Council/KPMG, and has received numerous military awards and decorations. Mr. Young is an active participant in industry, including the Northern Virginia Technology Council, a NATO advanced studies institute, and the University of Virginia Systems Engineering Advisory Board. Mr. Young holds a master’s degree in geophysics (Distinguished Graduate) from Purdue University and a bachelor’s degree from the State University of New York at Buffalo. He is a graduate of the Air Command and Staff College and received the Distinguished Alumni Award from Purdue. 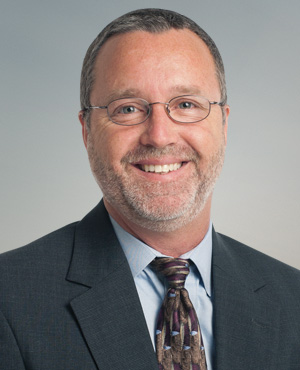 Paul W. Broome is the former Executive Chairman of the Board, a position he held for six years. In that position, he guided strategic planning, technology development, and vision and values for the company. Mr. Broome has been a member of ENSCO's Board of Directors since 1990, serving as the company's Chief Executive Officer (CEO) and Chairman of the Board from 1997 to 2010. He is an active member of the technology community, having served on the George Mason University Information Technology and Engineering Advisory Board, and the Board of the Northern Virginia Technology Council, the largest technology council in the nation. In 2005, Mr. Broome received the Outstanding Alumnus Award from the Volgenau School of Engineering at George Mason University for his achievements and contributions to the university. Prior to joining ENSCO, Mr. Broome was a senior mechanical engineer with VSE Corporation, an engineering and technical services organization. He holds a Master of Science in electrical and computer engineering from George Mason University and a bachelor’s degree in mechanical engineering from The University of Virginia. 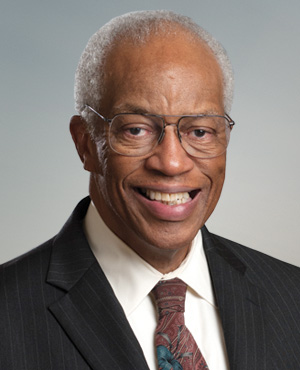 Guion S. Bluford Jr., Ph.D., is founder and President of The Aerospace Technology Group. Previously, Dr. Bluford held executive positions at Northrop Grumman, Federal Data Corporation, and NYMA Inc. Prior to that, Dr. Bluford was a NASA astronaut on four space shuttle missions, including a Spacelab flight and a classified DOD flight. Dr. Bluford served on the Board of Trustees of The Aerospace Corporation, the National Research Council’s Aeronautics and Space Engineering Board, the Board of Directors of the American Institute of Aeronautics and Astronautics, the U.S. Space Foundation, the NASA Alumni League, and the Investigative Activities of the Columbia Accident Investigation Board. He has been the recipient of several prestigious awards from the DOD, NASA, and the State of Pennsylvania. Dr. Bluford was inducted into the International Space Hall of Fame in 1997. He received his doctoral and master’s degrees in aerospace engineering from the Air Force Institute of Technology, a Master of Business Administration from the University of Houston, attended the University of Pennsylvania’s Wharton School of Business, and has a bachelor’s degree in aerospace engineering from Penn State University. Dr. Bluford served 29 years in the United States Air Force. 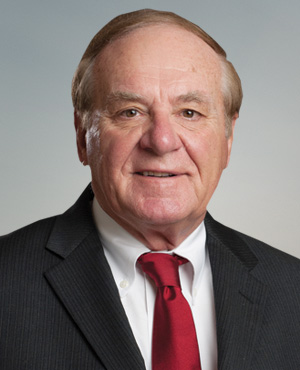 Peter Boer, Ph.D., is President and CEO of Tiger Scientific Inc., and previously held leadership positions at The Dow Chemical Company, the American Can Company, and W.R. Grace & Company. He currently serves on the boards of Purdue Pharma L.P., and Rhodes Technologies, as well as domestic and international affiliates of Purdue Pharma. Dr. Boer has taught at Yale's School of Engineering and the Yale School of Management. He is the author of Valuation of Technology, which has been translated into five languages, and five other books, as well as more than 80 scientific and business publications. Dr. Boer is a former president of the Industrial Research Institute and has been twice appointed as chairman of the National Medal of Technology Evaluation Committee. His government-related service includes advisory bodies for the Los Alamos National Laboratory, Sandia National Laboratory, the Environmental Protection Agency, the Department of Commerce, the Board on Manufacturing and Engineering Design, and the National Technology Transfer Center. Dr. Boer was elected in 1993 to the National Academy of Engineering. He has served on advisory committees of Harvard University, Princeton University, the University of Chicago, Johns Hopkins University, the Georgia Institute of Technology, and Texas A&M University. Dr. Boer holds a doctoral degree in chemical physics from Harvard and a Bachelor of Arts in physics from Princeton. 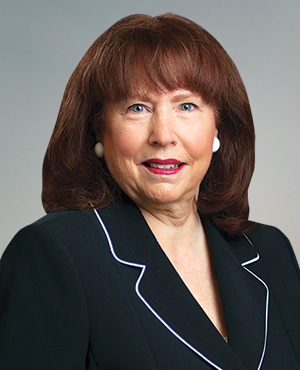 Joanne McDonald is Vice President, Chief Ethics Officer and Corporate Secretary, reporting to the Chairman of the Board Gregory B. Young, providing corporate leadership and advice on corporate governance and ethics issues, including developing and disseminating corporate ethics policies and ensuring that they are upheld. She will also investigate complaints and conflicts of interest. Ms. McDonald previously served as ENSCO's Vice President of the Administration and Human Resources Division, where she worked closely with executive leadership to create a competitive advantage through talent development and acquisition. Ms. McDonald's responsibilities also included corporate communications; employee relations; compensation/benefits; succession planning; diversity; and organizational effectiveness. Under Ms. McDonald's leadership, ENSCO has been the recipient of several awards that recognize ENSCO’s family-friendly program: the Companies As Responsive Employers (CARE) Award, the Torchbearer Award, and the Washington Business Journal's Best Place to Work Award. Previously, Ms. McDonald oversaw a $6 million technical training program to train the Royal Saudi Navy for HBH Company. Ms. McDonald received her Bachelor of Arts from the University of Maryland. She holds a Certificate of Director Education from the National Association of Corporate Directors, and is actively involved in the National Association of Corporate Directors, Women in Technology, the Society for Corporate Compliance and Ethics, and the Society of Human Resource Management. 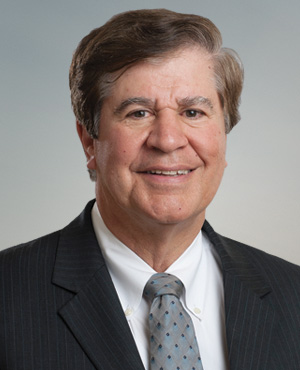 Steven Meltzer represents private and publicly held businesses in a wide range of transactions including mergers and acquisitions, private equity, divestitures, joint ventures, licensing and distribution agreements, venture capital financings, securities offerings, "going private" transactions and financial restructurings. He is a former member of Pillsbury's Managing Board. Mr. Meltzer chairs the Board of Trustees of the New England Institute of Technology, and serves as a director or advisory board member of several companies. Mr. Meltzer serves as secretary, a member of the executive committee, and legal counsel of the Technology Council of Maryland; is a member of the MdBio Foundation Board. He has been involved with the Board of Visitors of the College of Life Sciences of the University of Maryland, the Washington Area Ernst & Young Entrepreneur of the Year Awards, the Standing Committee on Globalization of the Legal Profession of the International Bar Association, and has authored several articles. Mr. Meltzer has a Juris Doctor and Master of Business Administration from Harvard, and a Bachelor of Arts from Brown University. He is a member of the National Association of Corporate Directors, Mid-Atlantic Venture Association, Northern Virginia Technology Council, Technology Council of Maryland, and MdBio, and is active in the Biotechnology Industry Organization. 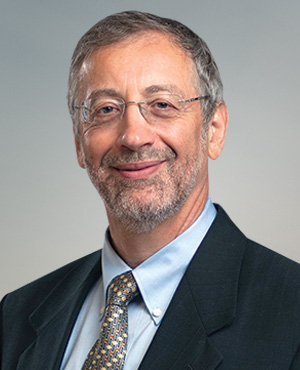 Boris Nejikovsky was named President of ENSCO, Inc. and its wholly owned subsidiaries, ENSCO Avionics, ENSCO Technologies Canada, ENSCO Rail and ENSCO Rail Australia Pty Ltd, Oct. 1, 2014. Prior to his appointment as President, Mr. Nejikovsky was Vice President of ENSCO's Applied Technology and Engineering (ATE) Division, ENSCO Rail, Inc., and ENSCO Rail Australia Pty Ltd, which focus on the safety, quality and efficiency of railway operations worldwide via a full range of track inspection technologies and related data management systems, vehicle testing and vehicle-track interaction consulting. Mr. Nejikovsky has been with ENSCO for more than 20 years and has been instrumental in the design and integration of many of the company’s key rail products. Mr. Nejikovsky has a unique blend of experience and knowledge in governmental research and development, systems engineering, commercial product development, product manufacturing, international systems development, and product sales, as well as diverse operational management experience. Mr. Nejikovsky holds three U.S. patents in rail inspection technology and three foreign patents, and has authored a number of professional papers. Mr. Nejikovsky holds an Advanced Degree Civil Engineering in Hydraulics and Engineering Hydrology from the State Hydrological Institute, Leningrad, Russia, and an Electrical Engineering Degree from the Electrotechnical Institute in Leningrad. 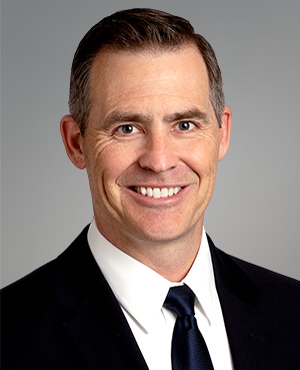 Steven D. Nixon is President of the SmallSat Alliance advocating for U.S. government adoption and support of transformative smallsat (and related) capabilities. Previously, he was Vice President for Strategic Development at Stratolaunch Systems Corporation, leading the company’s activities involving strategy, government affairs, business development, marketing, and communications. He is a former strategy consultant and former CTO of the U.S. Intelligence Community, a position that helped shape the science and technology activities of 16 U.S. intelligence agencies. He was the founder and first acting director of IARPA, the Intelligence Community equivalent to DARPA. Prior to that, Mr. Nixon was a long-time professional staff member on the House Appropriations Defense Subcommittee. In 2008, Mr. Nixon was awarded the National Intelligence Medal of Achievement. In 2005, Space News recognized him in its global top 10 list of people making a difference in space. The same year, the National Journal recognized him in the “Hill 100” as a top congressional staffer in the category of “Defense Transformation.” Before working for Congress, he was a Navy analyst at the Pentagon. Mr. Nixon participated in the Executive Leadership Training at the Kellogg School of Management and has a master’s degree in national security studies from Georgetown University. He has bachelor’s degrees in both mathematics and electrical engineering from the University of Kansas. 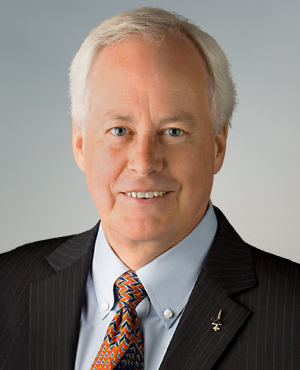 Scott Webster was a co-founder and Director of Orbital Sciences Corporation, a first mover in the commercial development of space, and a Director of its successor, Orbital ATK, a global aerospace and defense system prime contractor. He provided strategic direction from startup to 12,000 employees and zero to $5 billion sales. He was also Chairman of the Board of Cobham Advanced Electronic Solutions, an $800 million electronics system subcontractor; Chairman of the Board of MBDA, Inc., U.S. subsidiary of the world’s second-largest missile system prime contractor; and Proxy Holder of QinetiQ North America, subsidiary of the United Kingdom’s premier defense technology company. Mr. Webster’s executive experience includes: President of Space Data, Orbital’s launch system subsidiary that completed over 40 successful space launches, and CEO of ORBCOMM, where he managed launch and operation of its constellation of 35 low-earth orbit satellites and inaugurated worldwide data communications service. Mr. Webster was a member of the team that developed Pegasus, the world’s first privately developed space launch vehicle that resulted in Orbital winning the National Medal of Technology, America’s highest science and technology honor. Mr. Webster is the recipient of the Harvard Alumni Achievement Award, the highest honor conferred by the Harvard Business School. The Arthur Rock Center for Entrepreneurship named him a “Rock Star.” Mr. Webster holds a master’s degree in business administration from the Harvard Business School and a bachelor’s degree in engineering from the University of Minnesota.